The Lady Boys Of Bangkok has been a fixture at The Edinburgh Fringe for well over a decade! The shows are a cabaret style with elements of comedy that will have audience members in fits of giggles, singing and dancing along with each performance. This years marks my sixth or seventh year of going to see The Lady Boys. At first I was slightly sceptical about the show, I never thought that seeing men dressed as woman would be entertaining to me…….boy was I wrong.

The shows take place in a circus style big top. In the foyer there is a bar, food stand and a merchandise and some props where you can take photos.

There are usually 2 performances a night and I believe there are 3 a day at the weekends.  We usually go to the evening one and will normally grab something to eat at the venue. The choices aren’t vast but the food is usually good with Thai curries, noodles, sweet n sour as well as burgers. They normally do satay chicken too but this year it wasn’t on the menu.

It is a licensed venue with a bar in the foyer as well as in the auditorium which is open during the shows. I wouldn’t say that it is overly expensive, normally its cheaper to buy a bottle of wine instead a glass at a time.  This year the show had an over 18s restriction which is the first year they’ve done that. There are adult themes but no nudity or swearing.

The auditorium is huge. As soon as you walk in you see the stage which is a fair size with a runway. The stage area has heavy curtains with “The Lady Boys Of Bangkok” projected on to them. With an ornate looking sign of the lady boys on top. I’ve never actually counted the number of tables, if I had to guess I’d say at least 100 with each table sitting 8 people. It does feel a little cramped at first but when the show is going I usually don’t notice the people who are sitting behind us, we usually get seats next to the stage so I can see the performances. These seats are a little more expensive but are totally worth it.

As for the performances, the shows are outstanding. Each and ever performer is just amazing at their art. The dancing, the costumes and the makeup is always so well done.

Each year there is a theme of the show. This years theme was Who Run The World. So naturally the songs that they used was Beyoncé, Rihanna, Little Mix and a few songs from Chicago (that was my favourite bit).

The comedy elements are always hysterical. It’s the same performer  who is called Ole does the comedy sections every year and she is just so good at it.  My mum loves her Tina Turner Impression, she has the movements and mannerisms down to a tea, but her comedy timing is on another level.  She usually does a few sketches with Trevor which are normally on the risqué side but I am always in fits of giggles of the antics of these two.

During one of their sketches

There is a little audience participation where an unsuspecting guy (although I think its a plant( will be plucked out the audience, dragged on stage and well made to participate in a sketch usually with Ole, this year was no exception.  A guy was brought on stage strapped to a chair and blindfolded.  All I can say that hilarity ensued I was laughing helplessly.

The shows usually end with a big number rivalling that of Las Vegas, this year it was a little different but still note worthy.  Each year people give donations to help kids on the streets in Asia and they wanted to say thank you to the audience for their donations over the years, which they did performing to We Are The World.

Normally that is where the show ends but because it is Scotland which is the second home of The Lady Boys Of Bangkok, we get a little extra.  With performances including The Bay City Rollers and Rod Stewart.  Once the Rod performance had finished I felt a little pang of disappointment as usually the performers come out in kilts and sing and dance along to 500 Miles by The Proclaimers and Loch Lomond by Runrig, and I thought that they had changed it………I was wrong.  When they come out in their kilts and dance the whole audience can be heard singing along and it is something really special.

It is safe to say that a good night was had by all and I cannot wait till we go again next year.

If you haven’t been to see The Lady Boys Of Bangkok, I would highly recommend it, you will smile, laugh, sing and dance along.  The show is on at The Edinburgh Fringe until 28th August, then they go on tour around the country.

All photos featured were taken by myself and my mums friend Rosie.

For more information of The Lady Boys of Bangkok check out their website.

Have you been to see The Lady Boys of Bangkok? Did you enjoy the show? I’d love to hear your thoughts on the show. 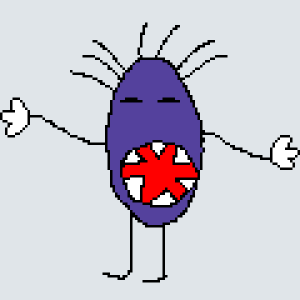 Hi I'm Nicola creator and main contributor of this sie. I am a disabled parent who also happens to have chronic illnesses.

nicolajogston.com writes about parenting with chronic illness. We are hope to support & help others